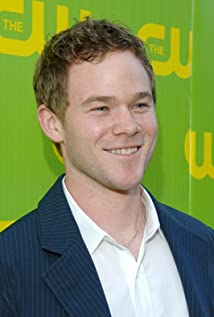 Aaron was born one minute before his twin, Shawn Ashmore, in Richmond, British Columbia, Canada. He is the son of homemaker Linda and manufacturing engineer Rick. When they were 10, their mother was a part of a club called the "Multiple Births Association," or as Aaron likes to call it, "The Multiple Rugrats." The support group, located in Alberta, Canada was where the twins were discovered by a talent agent. It didn't take long for the problem of rejection to arise. The twins started out in commercials, sometimes by themselves and sometimes together. When they were 12, Aaron got an offer to be in a commercial, but he fell ill on that day, and Shawn went in his brother's place. Ever since then, Shawn's career has always been 1 step in front of his brother's. Since high school, when they were routinely mixed up with one another, their talents have become a lot less identical. They have been offered different roles to play, and they are looking a lot less identical, now that they are growing older. Aaron is now more sturdily built, with a broader face and broad shoulders. He stands 6'0", which is an inch taller than Shawn, who is 5'11". To that, Shawn says, "It's shoes and hair". Aaron lives in Toronto, where he shares an apartment with Shawn.

Wish Upon a Christmas

I Put a Hit on You