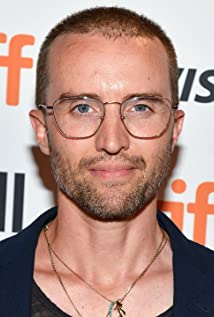 Aaron Poole is a classically trained actor originally from Craighurst, Ontario, a village of a hundred people north of Toronto. Since appearing in Ed Gass-Donnelly's "This Beautiful City" at TIFF '08 (a role that garnered him ACTRA's award for Best Actor and the first of two Canadian Academy nominations), his work has received many accolades. With roles that include two seasons in BBC America and Tom Fontana's "Copper"; starring in cult horrors, "The Conspiracy" and "The Void"; and leading opposite Donald and Kiefer Sutherland in the TIFF 2015 gala "Forsaken", Aaron's opportunities have begun to expand outside his home country. He was seen stateside starring opposite Will Patton and Maika Munroe in "The Scent of Rain and Lightning" and alongside Christoph Waltz in the Quibi series "Most Dangerous Game". Next, Aaron will be supporting Dylan O'Brien in "The Education Of Fredrick Fitzell" and James Badge Dale in "The Empty Man" from Disney/20th Century Studios. He recently wrapped the David Bowie origin story "Stardust" in which he portrays the legendary guitarist Mick Ronson. Aaron's debut short as a director, Oracle, premiered at TIFF 2019 and Slamdance 2020, also winning the Grand Prix National at Montreal's Festival du Nouveau Cinéma before touring festivals around the world.