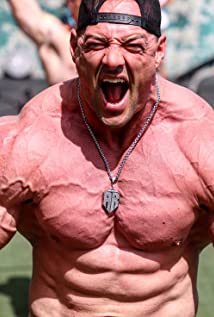 Aaron W. Reed is a very accomplished athlete turned actor. He is a SuperLeague Pro Bodybuilder, Author of The SuperNatural Lifestyle, former WWE Pro Wrestler (Lift Sawyer) and also Cancer survivor. Leukemia ALL. He is now known as the Worlds Tallest Bodybuilder which has lead him to travel the world meeting fans and inspiring people all over to get into fitness.Aaron left everything behind in Tampa Florida where he resided 8 years after wrestling for the WWE and decided to risk it all to break into the entertainment world one more time. Not wrestling but movies and TV. In September Aaron made the move, stopping in Las Vegas to Compete for Team USA in the SuperLeague beating the Canadian Team and pulling a 2nd place overall. Then went on to LA with no real plan or way of income. He was living in his car when a close friend brought him in. From there, Aaron quickly made friends and contacts at Golds Gym Venice making him feel right at home. Within four months the Worlds Tallest Bodybuilder was flown to Mumbai India for the Body Power Expo where he was discovered by a Bollywood producer that quickly landed him in a supporting role to battle the hero in a sensational Indian TV hit series called Porus. From there Aaron Went on to Thailand where he went looking for a new movie to get into. Working in Hollywood is the goal for Aaron Since he moved to Marina Del Rey to just do that, but sometimes there are opportunities globally that are just as exciting.