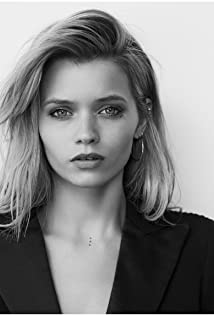 Abbey Lee is known for her work as a model and actress. In 2015 Abbey made her feature film debut alongside Tom Hardy and Charlize Theron in George Miller's post-apocalyptic film "Mad Max: Fury Road". Abbey has since appeared in numerous feature films in both America and Australia. She has starred in the Australian film "Ruben Guthrie", directed by Brendan Cowell; the Lionsgate/Summit epic fantasy film "Gods Of Egypt" alongside Gerard Butler and Geoffrey Rush; "Office Christmas Party" directed by Josh Gordon and Will Speck in which she starred opposite Jason Bateman, Jennifer Aniston, and TJ Miller; "The Neon Demon" from writer/director Nicolas Winding Refn in which she starred opposite Elle Fanning, Keanu Reeves, and Bella Heathcote; and "The Dark Tower", based on the best-selling novels from Stephen King and starring Matthew McConaughey and Idris Elba. She also recently starred in the award-winning Australian film "1%" opposite Eddie Baroo and Ryan Corr for which she was nominated for Best Lead Actress at the 2018 AACTA Awards. Most recently, Abbey appeared in Justin Kelly's "Welcome Stranger", opposite Riley Keough and Caleb Landry Jones, and "Elizabeth Harvest", opposite Ciaran Hinds and Carla Gugino.Abbey made her theatre debut playing the role of Yeliena in the Hampstead Theatre's 2018 London production of "Uncle Vanya", directed by Terry Johnson.Abbey will next be seen in the new Jordan Peele & J.J. Abrams produced HBO series "Lovecraft Country", which also stars Michael Kenneth Williams, Jurnee Smollett-Bell, Courtney B Vance and Jonathan Majors, and is scheduled to be released later this year.Prior to pursuing an acting career Abbey was well known as a highly successful international model, working with designers including Karl Lagerfeld, Gucci, Alexander McQueen, Versace, and Dolce & Gabbana. She has been featured several times on the cover of Australian Vogue.