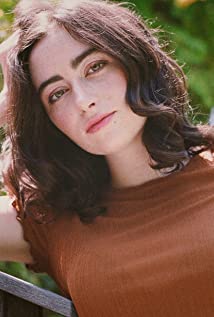 Abby Quinn is an actress and singer-songwriter from Michigan. She attended Carnegie Mellon University for acting. Abby has been acting in both film and television since 2012. She has appeared in Law and Order SVU, Better Call Saul, and in "Arkangel", an episode of Black Mirror directed by Jodi Foster. She recently played Mabel alongside Helen Hunt and Paul Reiser in the 2019 reboot of Mad About You. Abby starred in the Gillian Robespierre directed film, Landline, alongside Jenny Slate, John Turturo, and Edie Falco. Abby also starred in After the Wedding alongside Julianne Moore, Michelle Williams, and Billy Crudup. This film is directed by Bart Freundlich and was the Sundance Film Festival opener in 2019. Abby plays Annie Moffat in Greta Gerwig's Little Women (2019). Abby's upcoming projects include Good Girls Get High (HBO Max), I'm Thinking of Ending Things (Netflix), and Radium Girls. Abby is also a singer-songwriter and wrote the song "I Knew You for a Moment" for the film After The Wedding.

The Sisterhood of Night