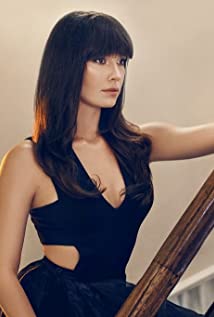 Born on June 28 in Istanbul, Acelya majored in faculty of Business Administration/Management at Istanbul University from where she graduated in the year of 2008.Throughout her college years she played characters "Helena" in William Shakespeare's "Midnight in Summer", "Alkmene" in the play "Amphitrion 2000" by Haldun Dormen, and "Nina Mihalayevich Zarecnaya" in the play "The Sea-Gull" written by Anton Chekov. Then she completed basic acting training at the theater school called "Studio Players" of Sahika Tekand. In 2011, she received her first cinema experience in Tolga Ornek's "Kaybedenler Kulubu".In 2012, on the modern-day Romeo & Juliet story, "Askin Halleri" she starred the character, called "Inci", who fell in love with the son of an enemy family. In 2013, she played the character "Lucile" in Moliere's play "Le Bourgeois Gentilhomme" with the venerable theater master of Turkey, Haldun Dormen.In the same year, she played the character "Miss Samran" in the musical called "Salute to Musicals" with Haldun Dormen. After achieving a successful performance on the television series "Kiraz Mevsimi" in the 2014-2015 season, she achieved a successful performance in 2015 with the character, called "Tomris" in the comedy television series "Tutar mi Tutar", which is produced by "BKM Film" In 2015, and she played a piano teacher called "Buket" in the drama which called "Eve Donus". In the role as music teacher, she played the songs herself. In 2016, she played the character "Sevcan" in the television series "Acil Ask Araniyor".Then she showed the peak of her acting performance by playing the Turkmen girl, named "Nabat", in the movie, titled "Dag II", which has reached 3.5 million spectators in Turkey and won the title of the "most watched film this year".Because of the performance she showed in this film, while everybody was thinking that she is a real Turkmen girl, in her interviews she has explained that she is not a Turkmen girl by saying "No, I've only worked very hard."Having a good level of harmony, Acelya Ozcan plays piano, electric guitar and drums. She also shares her covers of her favorite songs over social media accounts.