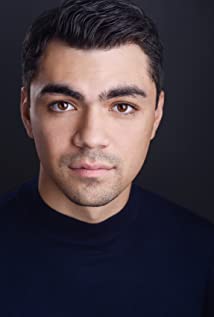 Adam Irigoyen began his acting career at the age of 11. He appeared in multiple commercials and print campaigns before guest-starring on the Disney Channel's Emmy Award-winning series, Wizards of Waverly Place (2007), which eventually led to an audition for the role of "Deuce Martinez" on Shake It Up (2010). He has also appeared in the indie films "Flight", "Nickel or Dime" and "Electric Natural Safe".Adam was born in Miami, Florida and lived there until the age of 11. Spanish is his first language. He attended an acting school where he was recognized for his talent. He was asked to perform in a showcase and, shortly after, moved to Los Angeles.Adam comes from a family of educators - his Mom, Dad and Grandmother are all teachers. He relaxes by spending time with his family, which includes 2 brothers and 1 sister. His favorite subjects are Math and History. He loves creating music, singing, dancing and learning new instruments.His favorite food is Cuban. He loves to travel and looks forward to visiting many foreign countries in the future.One of his many goals is to work with Stan Lee and make a Marvel comic feature film as well as work with actors, Will Smith and Tom Hanks.One of his favorite quotes by Michael Jordan sums up his state of mind, "Some people want it to happen, some people wish it to happen, others tear down the wall of resistance and make it happen."