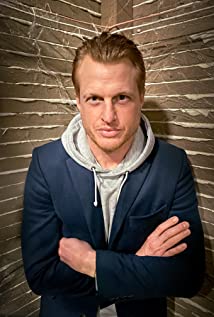 Adam Macdonald is a writer/director, born in Montreal, now residing in Toronto. His directorial works include three short films: Sombre Zombie (2005) and In the Dominican (2010) His feature length debut, Backcountry (2015). -- had its World Premiere at the Toronto International Film Festival, where it was represented by Cinetic Media and bought by IFC. At TIFF TheGlobe and Mail named Adam one of the "Top Ten Canadians to Watch". His second feature Pyewacket (2017) also had its world premier at the Toronto international film festival, where it was represented by Seville international and bought by IFC. NOW magazine proclaimed Adam one of the 10 Canadians to watch at TIFF 2017.His first television credit was successfully helming the entire third season (8 EPS) of Aaron Martin's SLASHER ( SOLSTICE) for NETFLIX. Adam wrote both his feature films. He recently completed the commissioned writing assignment of the epic thriller the BLACK DONNELYS ( a Canadian/Irish co- production). He's also attached to direct. He's been hired to rewrite HOLLYWOOD horror scripts such as the THE FORGOTTEN as well as the upcoming UK/INDIA horror SAMSARAHis first short, Sombre Zombie was produced with a grant from the Bravo! Network . Canada's renowned filmmaker Bruce McDonald, (Hard Core Logo) mentored Adam during his creative process. Upon completion the film aired on Bravo! and also screened in several festivals, including the very popular Fantasia and Nashville Film Festivals.Building upon his shorts, Adam wrote and directed Backcountry. Upon its TIFF World Premiere, the film received rave reviews. Backcountry has been "Certified Fresh" by Rotten Tomatoes, with an 88% Fresh Rating. . Among the outlets praising it were The New York Times, Los Angeles Times, RogerEbert.com, Variety, The Hollywood Reporter, Vulture, and Salon. Fangoria proclaimed it "The best Canadian horror film in ages" . Backcountry reached #1 on iTunes Horror in the United States, Canada , Australia, Germany, Italy, Austria, Denmark, Switzerland, Spain, Saudi Arabia and #3 in the UK. The film held most of these positions for weeks. As of now it is one of IFC's top grossing films of 2015.BACKCOUNTRY has been featured in over 25 BEST OF HORROR lists including AIN'T IT COOL NEWS, THE DALLAS OBSERVER, DREAD CENTRAL, BLOODY DISGUSTING AND FANGORIA.Besides his filmmaking Adam is also an accomplished actor, with over 40 credits to him name. This experience has become a vital tool in his directing efforts. Currently, Adam's favourite film is Hong-jin Na's The Chaser. He continues to love boxing as well as pop culture and music from the Eighties.

Living in Your Car