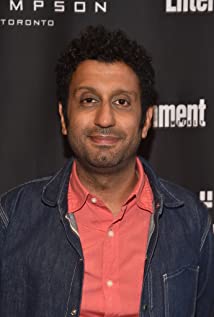 Adeel was born in London on 18th September 1980 to a Pakistani father and a Kenyan mother and attended Cheltenham College throughout the 1990s. His father was keen for him to become a lawyer and he obtained a law degree but was more interested in acting and studied at the Actors' Studio in New York. He has made several stage appearances, including as Guildenstern in the Young Vic's 2011 production of 'Hamlet' but is best known for his television performances, being the first non-white actor to bag a BAFTA award as actor in a leading role for the single drama 'Murdered By My Father' and in 2018 will be seen as the villainous Thenardier opposite Olivia Colman and Dominic West in the BBC's serialization of 'Les Miserables'.