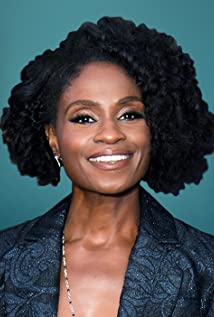 Adina Porter was born and raised in New York City, more specifically, The South Bronx. She is a first generation American; her father was born and spent his youth in Sierra Leone, Africa, while her mother was born in Bermuda. As a young child, Porter entertained her parents by staging plays in the family living room. They noticed her artistic streak and enrolled her in a children's acting class at St. Mark's AME Church in Harlem; her first acting teacher was the legendary Butterfly McQueen who ran the church's holiday programs.During her early high school years, Porter was encouraged by a teacher to audition for High School of Performing Arts AKA the Fame (1982) school. She followed that advice, auditioned and was accepted. After that, Porter studied acting and graduated from SUNY Purchase. During her senior year, the university held showcases for New York agents, where she was "discovered" by a talent agent.Porter then went on to work steadily in the theatre, appearing in off Broadway plays and in regional theatre. Porter has worked in many of the best venues, with some of the country's best stage directors: George C. Wolfe, 'Lisa Peterson (II)', Mark Wing-Davey, Richard Foreman, Don Scardino, Michael Greif, and Risa Bramon Garcia. Other theatre credits include The Debutante Ball by Beth Henley at Manhattan Theatre Club, numerous plays at the NY Shakespeare Festival, and most notably her Obie Award-winning performance in Venus, written by Suzan-Lori Parks. In 2001, Porter made her Broadway debut in The Women, directed by Scott Elliott. This was her second project with Elliot, having collaborated with him at The Williamstown Theatre Festival, in the classic 'Arthur Miller (I)' play A Ride Down Mt. Morgan.Porter has made her mark in all areas of entertainment: television, film and theatre. She is most recognizable from seven seasons as Lettie Mae Thornton in HBO's cornerstone series True Blood (2008). Viewers also know her as Kendra James from three seasons of the Aaron Sorkin HBO drama, The Newsroom (2012). This past year Porter made a Guest Star appearance as the leader of the Guilty Remnant on The Leftovers (2014). This marked Porter's sixth venture with HBO, along with memorable performances in highly acclaimed HBO films Lackawanna Blues (2005) and Gia (1998).In addition to her work on HBO, Porter portrays fierce, Grounder warrior, Indra, in CW's post-apocalyptic hit, The 100 (2014). This season she also starred as Pearly Mae, in WGN's period piece, Underground (2016) was cast in ABC's The Jury (2016), opposite Archie Panjabi and Jeremy Sisto, as well as guest starring in Shonda Rhimes The Catch.Porter appeared as Gwen Walker for two seasons of NBC's American Dreams (2002). She has worked in pivotal roles on numerous TV series including Code Black (2015), Grey's Anatomy (2005) , American Horror Story: Murder House (2011) , Glee (2009) , CSI: Crime Scene Investigation (2000) , The Vampire Diaries: We'll Always Have Bourbon Street (2012) , Law & Order: Special Victims Unit: Fight (2007) , Criminal Minds: Suspect Behavior (2011) Private Practice (2007) and House (2004) , among many others.On the big screen, Porter will soon be seen alongside Shirley MacLaine in The Last Word (2017) and more recently, starred opposite Emily Mortimer in Wig Shop (2016). Additional film credits include: multi award-winning The Social Network (2010), The Peacemaker (1997), and About Sunny (2011) , and others.Porter spends most of her spare time chasing after her two children. She splits her time between Los Angeles and New York.