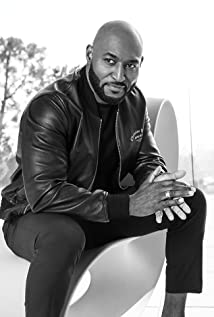 With over 100 film and television credits to his name, award-winning actor, Adrian Holmes, has become one to watch in the entertainment industry through the diverse and dynamic characters he has brought to life on screen. Holmes stars in the Netflix vampire-drama series, "V Wars" based on the popular bestselling book series by Jonathan Maberry. The series follows Dr. Luther Swann (Ian Somerhalder) who enters a world of untold horror when a mysterious virus transforms his best friend, Michael Fayne (Holmes), into a murderous predator.On the film front, Holmes was recently seen in the Universal Pictures' summer action-thriller "Skyscraper" alongside Dwayne 'The Rock' Johnson.Holmes is well-known for starring as Nick Barron on Bravo's original series, "19-2" and for his portrayal of "Captain Pike" on the long running CW series, "Arrow." In 2017, he took home Canada's top honor in film and television for "19-2," with the Canadian Screen Award for Best Male Lead in a Dramatic Series. The show also won Best Drama at the 2016 Canadian Screen Awards and was also nominated for a 2016 International Emmy Award. "19-2" can now be seen on Crave TV, and Amazon.In addition to working in front of the camera, Holmes has also tried his hand in producing and co-produced (alongside Step by Step Productions) the docudrama "Barrow: Freedom Fighter."Additional film credits include Sony/TriStar Pictures' "Elysium" & "Debug", WWE Studios' "Vendetta," "Frankie & Alice", IFC's "Wrecked", and Warner Bros' "Red Riding Hood".Born in Wrexham, North Wales, with family from Barbados, Holmes grew up in and around Vancouver, British Columbia. The eldest of three boys, Holmes was a natural entertainer as a child. In junior high school, his drama class wrote a play for a local drama festival called "The Challenge" which was awarded Outstanding Junior Play, and Holmes awarded Outstanding Junior Actor. From that moment on he knew he wanted to pursue a career in acting. He continued to perform in stage productions throughout high school and college and studied his craft in Vancouver with a few different coaches including world-renowned coach Larry Moss. He also studied in New York at Black Nexxus Inc. held at the Times Square Arts Centre. In 2004, Holmes received his first LEO Award nomination [the Canadian Emmys], for his work in the series "The Collector" and then again in 2017 for his work in "19-2." He finally won his first LEO in 2020 for his work in the comedy Web-Series, "Hospital Show". When he isn't working, Holmes enjoys traveling, and tries to get back to see his family in Barbados as much as possible. He likes to keep active on his down time and is always up for a good round of golf. Holmes splits his time between Vancouver, LA and London.

The Girl in the Bathtub