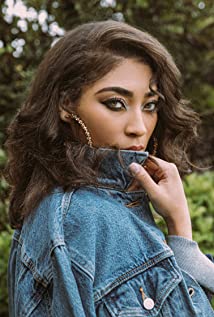 Adriyan Rae was born on October 7th in Seaford, Delaware. When Adriyan went to college she did so in Philadelphia at the University of the Sciences double majoring in Physician Assistant Studies and Medical Laboratory Science. After finishing both degrees and becoming a certified Medical Laboratory Scientist; Adriyan moved to Atlanta where she found her love for acting and started her career in the independent feature, Burning Sands (produced by Netflix). You can now catch her in Emmy nominated and winning shows like Donald Glover's Atlanta, BET's American Soul, and Hulu's Light as a Feather. She has been announced to be the new star of SyFy channel's Vagrant Queen. Leading the intergalactic series that is to be released in 2020. Adriyan is also a recording artist mentored vocally by the Grammy award winning, Mr. Michael Keith of the legendary R&B group 112. Adriyan resides in Los Angeles, California.