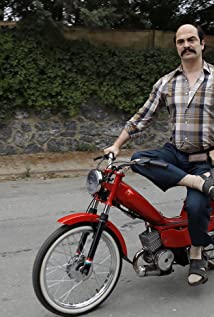 Ahmet Kural is a Turkish Actor. He was born on November 10, 1982 in Kütahya, where his father served as the police chief. He is originally from Ankara. He started to his studies attending high school theater and changed eleven schools in twelve years because of his fathers recurring new assignment locations. He is graduated from Radio, Television and Cinema department of Konya Selçuk University and has a Master's degree from Bilkent University. He has also got acting education from Müjdat Gezen Art Center. His career is full of joint work with highly respected and very talented senior Turkish actors such as Levent Kirca, Haluk Bilginer, Rasim Öztekin, Köksel Engür and Hümeyra Akbay. He has been very close friend with Murat Cemcir and they acted together in many television shows.

Evliya Çelebi: The Fountain of Youth