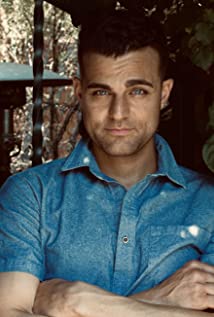 Aidan was born in Preston, England, and grew up in Perth Australia before making the US his home. He went to the College of William & Mary where he studied Finance and successfully got a job offer working on Wall Street with JP Morgan Chase. Film and Cinema have always been a love for Aidan as kid, and although he wasn't sure he wanted to be an Actor he knew his path didn't involve working 100 hour weeks in a bank. Upon coming to LA he first interned in the finance department of Revelations Entertainment where he worked on film budgets. All the while, he pursued student films and went on auditions for small films. He took it upon himself to get training and has studied with David Giella, Larry Moss, Aaron Speiser, and at the Aquila/Morong studio. Since moving to LA Aidan has put together an impressive resume of feature films, and gotten to work on films with impressive talent such as Sally Kirkland, Michael Madsen, Sean Young, Don Stark, and Brad Blaisdale. He continues to audition, train, and steadily work his way to being the best at his craft.

Dauntless: The Battle of Midway

How To Get Rid Of A Body (and still be friends)

The Darkness, Rage and the Fury