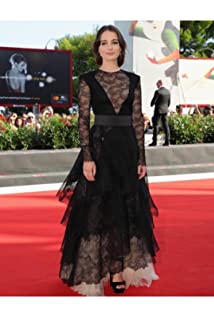 Aisling Franciosi is an Irish-Italian actress, known for The Fall (2013), Game of Thrones (2011) and The Nightingale (2018). She was born in Dublin in 1993, moved with her family to Italy soon after, and returned to Ireland 4 years later with her mother. She attended acting classes as a child and attended Trinity College Dublin, where she majored in French and Spanish. In 2018, she moved to New York.