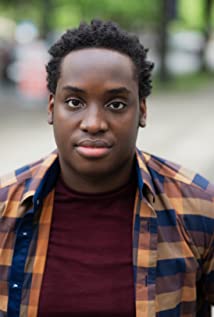 AJ Voliton was born and raised in Aurora, CO. AJ started out as an athlete, playing sports since he was 2 all the way up to Varsity Football and Baseball in high school. He took an interest in acting midway through his high school career and found a large interest to it. During his senior year he tore his ACL in a football game which came to him as somewhat of a calling to pursue acting further. AJ began acting at Overland high school and continued his training as an Acting major at the University of Northern Colorado. He always had an interest in the entertainment business and though singing in choirs would be the remedy as a child. It was when he took an acting class at Overland and was required to see the schools musical (Jekyll & Hyde). After seeing this performance AJ discovered his passion and empathy for characters, which directly lead to him acting today. AJ will earn his Bachelors of Fine Arts (BFA) in Acting in May of 2018 and has spent much of his college years performing on stage as well as behind the camera. While at UNCO, AJ booked several commercials as well as a featured extra role in a Netflix movie and still performing on stage. An energetic well-rounded performer, AJ has worked extensively in theatre as an actor and hopes to travel all around the world, sharing his passion with everyone else.