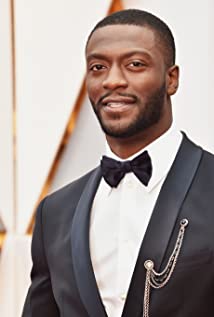 Aldis Hodge is a SAG Award-winning actor, who has built a dynamic career as a versatile performer shining in roles in both film and television. Hodge is perhaps best known for his role as Noah in the WGN hit series Underground (2016), starring alongside Jurnee Smollett and Christopher Meloni. Underground (2016) centers on a group of runaway slaves, aided by a secretly abolitionist couple running a station on the Underground Railroad, as they attempt to evade the people charged with bringing them back.Hodge was in the Paramount Pictures film What Men Want (2019) starring Taraji P. Henson and Tracy Morgan. The film was produced by Will Packer, directed by Adam Shankman and was released in February 2019. Hodge recently wrapped production on a Showtime pilot produced by Matt Damon and Ben Affleck entitled City on a Hill (2019), in which he played the co-lead opposite Kevin Bacon. Additionally, he finished work as the title character of the film Brian Banks (2018) alongside Greg Kinnear.In 2017, Hodge was seen in the critically acclaimed film "Hidden Figures" alongside Taraji P. Henson, Octavia Spencer, and Janelle Monáe. The film received three Oscar nominations including Best Picture, two Golden Globe nominations, and, in addition, won a SAG award for Outstanding Performance by a Cast in a Motion Picture as well as an NAACP Award for Outstanding Motion Picture. Hodge also earned a National Board of Review Award and Palm Springs Film Festival Best Ensemble Award for his role in the film. Also in 2017, Hodge was seen in the third season of the Emmy-winning series Black Mirror (2011). In 2016, Hodge was seen in the Edward Zwick film Jack Reacher: Never Go Back (2016) with Tom Cruise.In 2015, Hodge starred in Straight Outta Compton (2015) portraying MC Ren, a member of the pioneering rap group N.W.A. The film captivated audiences all over the world. It was nominated for an Oscar and a SAG Award, and won the NAACP Award for Outstanding Motion Picture.Hodge became a fan favorite in his role as Alec Hardison in TNT's highly rated television series Leverage (2008), which nabbed a People's Choice Award in 2013. Also in 2013, Hodge was seen in the Fox Searchlight eco-terrorism thriller The East (2013), alongside Alexander Skarsgård, Elliot Page, Patricia Clarkson, and Brit Marling. Directed by Zal Batmanglij, the film premiered at the Sundance Film Festival. Hodge also appeared in Twentieth Century Fox's A Good Day to Die Hard (2013), an installment of the Die Hard (1988) franchise.Hodge's other television roles include the critically acclaimed series TURN: Washington's Spies (2014), Friday Night Lights (2006), Supernatural (2005), The Walking Dead (2010), Girlfriends (2000), The Blacklist (2013), City of Angels (2000), Bones (2005), CSI: Crime Scene Investigation (2000), CSI: Miami (2002), ER (1994), Cold Case (2003), Charmed (1998), and Boston Public (2000).At the age of three, Hodge began his career when he booked a print job for Essence magazine with his brother Edwin Hodge. He continued to work as a model for print ads and commercials until he made the transition to the screen, when he and his brother were cast on Sesame Street (1969) and later on stage when they joined the Tony-winning revival of "Showboat" on Broadway. During that period, he also appeared in several movies including Die Hard with a Vengeance (1995), Bed of Roses (1996), Edmond (2005), The Ladykillers (2004), and Big Momma's House (2000).Hodge was born in Jacksonville, North Carolina, and raised in New York, New York. In addition to acting, Hodge writes scripts for film and television, designs luxury timepieces, and is an avid artist and painter. He resides in Los Angeles. 9/18

One Night in Miami