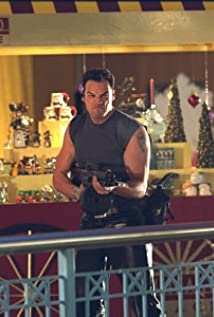 Aleks Paunovic was born in Winnipeg, Manitoba to a Croatian mother and Serbian father. The result of this remarkable blend of bloodlines is the 6'5" ruggedly handsome actor appearing on screens around the world at a rapidly escalating rate.Acting came to Aleks while he was onstage in his hometown playing in a heavy metal band, his livelihood since he was 16. Remarkably the role offered was one completely against type as it was that of Roddy McDowall's butler in the 1994 TV movie 'Heads'. Now bitten with the acting bug, Aleks combined his athleticism from his lifetime of boxing - he claims that he started boxing in the womb as all of the men in his family are boxers - and turned it into a very busy career as a stunt actor.In 2001 Aleks stopped in Vancouver on his way to Los Angeles with an impressive resume and ready to take on Hollywood when the most horrible event in America's recent history struck. 911 changed the way anyone could enter the states and so Aleks found himself a new home and career in busy Vancouver.Since coming to Vancouver Aleks has built an amazing resume with over 100 credits, most of which are lead and recurring roles like the one that he has on this hugely anticipated 4th season of 'Continuum'.Aleks credits three occurrences as the game-changers in his rocketing career: One was when the venerable acting coach Larry Moss called him out in front of 300 actors, telling him that he had massive talent and demanding to see his full range; another was when he respectfully declined an offer for a 4-episode-arc on a highly-rated TV series so that he could finish his run as 'Danny' in the play "Danny and the Deep Blue Sea" in a shaky old theatre to sold-out crowds.But the biggest catalyst in Aleks's career was when he fought three rounds of casting throughout all of Los Angeles and Vancouver to win the role of 'Tom', a developmentally disabled man accused of murder in 'Personal Effects' starring Ashton Kutcher, Michelle Pfieffer, and Kathy Bates. Aleks put on 65 pounds to perform the role, which was one of the most challenging and rewarding roles of his career so far.When you meet Aleks, or you watch him perform these difficult roles, you just know that with all of that leading man charisma there's star power in this man, and that you will be seeing a lot more of Aleks Paunovic.