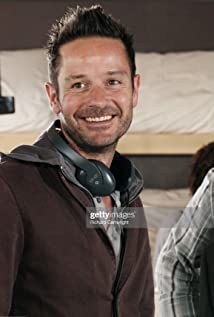 Alex Hardcastle is an award-winning director of film and television, and has worked with some of the biggest names in comedy and drama including Chris Pratt, Steve Carell, Daniel Radcliffe, Will Arnett, Mindy Kaling, Christian Slater, Rebel Wilson, Jon Hamm, Amy Poehler, Lily Tomlin, Jane Fonda and Robin Williams.Alex has directed nearly 200 episodes of television, including some of America's most popular television shows THE OFFICE, PARKS & RECREATION, NEW GIRL, CRAZY EX-GIRLFRIEND, YOU'RE THE WORST, GRACE & FRANKIE, THE CRAZY ONES, FRESH OFF THE BOAT, SUBURGATORY and THE MINDY PROJECT.Other shows Alex has directed include the cult-hit David Cross comedy THE INCREASINGLY POOR DECISIONS OF TODD MARGARET, A YOUNG DOCTOR's NOTEBOOK starring Jon Hamm and Daniel Radcliffe, Will Arnett's RUNNING WILDE, A to Z, SPY, THE MIDDLE, SUPERSTORE, OUTSOURCED, SELFIE, MIXOLOGY, KROD MANDOON & the FLAMING SWORD of FIRE, TROPHY WIFE, SUPER FUN NIGHT and BREAKING IN starring Christian Slater.In the UK Alex directed the pilot and first two series of the most successful & longest-running multi-cam sitcom of all time, NOT GOING OUT (BBC1). The show is now in it's 9th season, won The Rose D'Or and is shown in over 120 countries worldwide.Alex also directed over 25 episodes of the critically acclaimed LEAD BALLOON (BBC2), and the pilot for the award-winning SCHOOL OF COMEDY (Channel 4).He has also produced some of the biggest selling stand up DVD's of all time including LEE EVANS XL, JACK DEE LIVE and LEE MACK LIVE, and music specials with ELTON JOHN, ROD STEWART, THE SPICE GIRLS and STING.Alex was nominated for Best Director at the American TV Awards 2012 for his work on SUBURGATORY, and was selected as RISING STAR OF TOMORROW by Screen International 2014. In 2017 he was included in Indiewire's list of the 20 best directed TV-shows of the 21st Century. His shows have been nominated for Golden Globes, Emmys and BAFTAs.Alex is in pre-production on the feature film VIGILANCE, an action comedy starring Nick Jonas & Mary Steenbergen, produced by Channing Tatum. This year he has shot episodes of the new Netflix 1-hour drama THE GOOD COP starring Tony Danza and Josh Groban, Season 5 of GRACE & FRANKIE and 3 episodes of the cult FX hit YOU'RE THE WORST