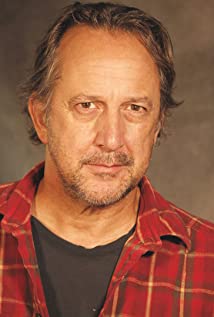 Alfonso DiLuca is a Dominican-American actor, writer and entrepreneur. He was born in Santo Domingo, the capital of the Dominican Republic on the Caribbean island of Hispaniola. His twenty-five year acting career spans stage and screen in Miami, New York and Los Angeles.Alfonso is best known most recently for his role as "Jorge", in the beloved and popular TV series "Jane the Virgin". He is also known for memorable roles in hit Hispanic soap-operas like "Prisionera" (as Tito Cabello) and "La Viuda de Blanco" with NBC/Telemundo, which have been translated into numerous languages and distributed in worldwide syndication. Other works include the role of "Cristo" in "Burn Notice", as well as participations in multiple American TV series as "NCIS: New Orleans" and "Days of Our Lives" among others.Alfonso got his first taste of acting about the age of ten. Through a connection from his businessman father, Alfonso appeared on Dominican television commercials promoting American products. In those school days, Alfonso also loved writing and drawing, and he made fun and profit by producing comic books that he wrote and sold to students at school. DiLuca is fully bilingual and university-educated in both English and Spanish, allowing him to speak English with a slight, flexible Hispanic accent, and to deliver a dynamic cross-cultural charm to all his roles.The much-younger brother of three children, Alfonso's childhood home was a social and artistic milieu frequented by numerous aunts, uncles, cousins, extended family and friends, high-ranking politicians, painters, sculptors and musicians. The family prospered in the 1960's and 70's in business and politics, and encouraged artistic endeavors. Alfonso's mother Nidia Cuervo became a recognized painter in the Dominican Republic who participated in exhibitions and received awards for her work. His abuela on his mother's side was a composer of music and the first female radio newscaster in the Dominican Republic.DiLuca came of age zooming on his motorbike through the steamy streets of Santo Domingo as his attention turned to poetry and romance. He was drawn to studying, memorizing, and performing the classic Spanish poets, from Cervantes to Lope de Vega, as well as his own works within close circles. The family had political aspirations for the promising teenager, and Alfonso began to travel along the campaign trail with candidates who were often family members or friends. Winding through the rugged mountainous interior in long truck caravans, the political campaigners snaked across the island from town-to-town conducting rallies, delivering inspirational speeches, and distributing trinkets to humble locals. DiLuca absorbed the realities of island life, both inside and outside of the city. He gained a deep knowledge of the hardships, enthusiasm, and warm affection of the Dominican people. These early experiences continue to inform the authentic characters that DiLuca brings forth in his acting and writing.In 1987, during his last year at the prestigious university, Instituto Tecnológico de Santo Domingo (INTEC), Alfonso received the award Primera Mención Honorífica for Poetry Writing. He received his Bachelor of Science Degree in Economics the following spring.By then, Alfonso had made the decision to leave the island and follow his passion for artistic and entrepreneurial endeavors in the United States. Accompanied by three boxes of his beloved books and a suitcase, Alfonso grabbed a bunk on a cargo ship crossing the 826 miles northwest to Miami, Florida. He enrolled in the International English Program at Florida State University in Tallahassee where he quickly completed the program and obtained the TOEFL (Test of English as a Foreign Language) certification demonstrating English proficiency. To further improve his skills, Alfonso studied photography, and in 1994 received the certification Applied Professional Photography, from the Art Institute of Ft. Lauderdale. He became a United States citizen while living in Miami.DiLuca enrolled in the studio of renowned south-Florida acting coach Stewart Solomon and promptly became one of its most respected members by fellow students and Solomon himself. He was sought-after for his comedic timing and confident presence, and soon began to receive offers of representation. A Miami talent agent offered commercial representation after seeing Alfonso in one of Solomon's exhibitions of scenes and monologues.DiLuca's work attracted the attention of acclaimed Cuban-American acting coach and theater director, Teresa Maria Rojas and her colleagues. The mercurial Teresa Maria Rojas had founded Prometeo Theater Group, a principal bilingual theater in Miami. With Prometeo, Alfonso starred in several successful plays produced by this innovative theater company. After Prometeo, Alfonso was immersed in the Theater scene in Miami, where he co-starred in many plays by Hispanic and American playwrights. He made a name for himself in popular Latino