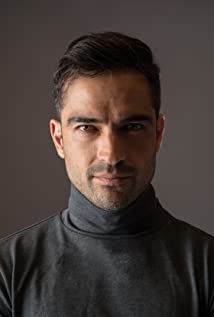 Arguably one of Latin America's widely-known talents, backed by years of remarkable performances in television and film, Alfonso's stardom was first introduced by his leading role in one of the most successful television series in the history of Latin America, "Rebelde". Rebelde became a grossing machine alongside with the creation of the band RBD, which Herrera took part of, and amassing more than 89 awards, including Best International Band by Billboard Latin Music Awards. As an Actor, Alfonso Herrera decides to look for memorable and unique characters. In Mexican Theatre we can remember his creation of Michal in "Pillowman" and Gus in "Swimming with Sharks", achieving in this last one, next to Demian Bichir and Ana de la Reguera, full houses and standing ovations. In Film, his participation in "The Perfect Dictatorship" by Luis Estrada, one of 2014's highest grossing local picture attracting 4.2 million admissions and earning some $13 million becoming the fourth top grossing pic in Mexican film history at that time, and positioning himself as one of the best actors of his generation. Recently, with the film "The Chosen", he opens in the Spanish Market as Ramon Mercader, a Catalan communist and Soviet agent who at varying points assumed the identities of three different characters, having to speak English, Spanish and French. In Television, we can see him on the Netflix Series created by the Wachowski Sisters "Sense8", with an endearing character that grounded the story that challenges the viewer because of it's originality and uniqueness. Simultaneously we can find him playing Father Tomas in the FOX series "The Exorcist", TV Series that continues the story of the iconic 1971 film directed by William Friedkin. He delights us once again with his work in the play "Dead Poets Society", premiere in Latin America of this great Classic.