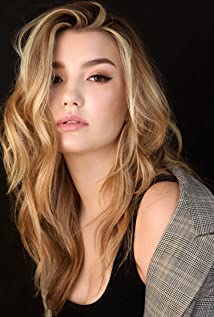 Born in Vancouver, Canada, Ali began her acting career at only four years old after being scouted for a national car commercial. She went directly into film and television the following year, booking a supporting lead role in the feature film "Personal Effects" starring Michelle Pfeiffer and Academy Award winning actress Kathy Bates. A string of guest starring roles in television series followed, including Supernatural(CW), Fringe(FOX), Smallville (CW), Motive (CTV), as well as booking recurring roles on Once Upon a Time (ABC), Falling Skies (TNT), The Man in the High Castle (Amazon), You, Me, Her (Audience), and When Calls the Heart (Hallmark). She was just 11 years old when she booked her first lead in the movie, "One Christmas Eve" for Hallmark Hall of Fame. The film was directed by Jay Russell and starred Anne Heche, who mentored her throughout the six week shoot. Ali was subsequently nominated for a Young Artist Award for her work in the film. Ali followed this by booking another lead role in the Hallmark movie Campfire Kiss opposite Danica McKellar.She won a Joey award for best leading actress for her portrayal of Lacey Reynolds.Ali's first starring role was in the independent film "The Corruption of Divine Providence". The film centered on a sixteen year old girl, Jeanne Seraphin (played by Skovbye) who is kidnapped from a small French Canadian town after being the subject of an alleged miracle, and different religious factions vie for control over her upon her eventual return. Directly after this Ali flew to Ottawa to film the lead role of Abigail Jones in the Lifetime movie Blind at 17 . While in Ottawa she booked the role of Emma in the Fox Feature Breakthrough opposite Chrissy Metz. All three films are expected to be released in 2019.In July of 2019 Ali landed the series regular role of Tully Hart in the highly anticipated Netflix series called Firefly Lane.Firefly Lane is an adaptation of the novel from prolific author Kristin Hannah ,and follows the story of Kate and Tully's enduring friendship from their teen years through their 40's. Skovbye will play teenage Tully in the 1970's, a smart, gorgeous, effortlessly cool wild child who just moved to Firefly Lane with her wacky hippie mom. She's exciting to be around, enviably glam and instantly popular with both boys and girls. But her one true friend is her geeky neighbour Kate. Firefly Lane is set to premiere in late 2020.Ali is drawn to complex and complicated characters and has an innate ability to play the more disturbed or "flawed" characters and is excited by the challenges that these roles present. Ali has developed a true passion for acting and has shown her ability to handle a diverse range of characters. She is incredibly dedicated to her craft and continues to train privately to hone her skills.

Secrets of My Stepdaughter