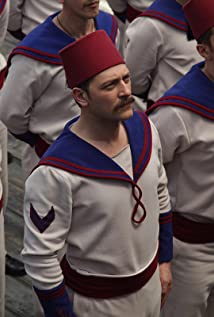 Alican Yücesoy is a Turkish actor and director. His maternal family is of Turkish descent who immigrated from Ruse which Turk minority in Bulgaria live. His paternal family is of Arab descent.After completing his primary, secondary and high school education in Bursa, Yücesoy enrolled in Haliç University Theatre Department for acting education. He started to work at Bakirköy Municipality Theatre after he participated in an audition the day after he entered the school.He later started appearing in TV series and movies. As of 2015, he is the new general art director of Bakirköy Municipality Theatre.