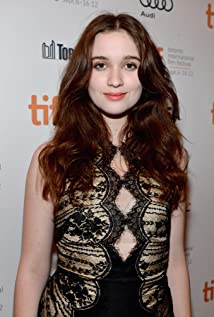 Alice Allegra Englert (born 15 June 1994) is an Australian actress best known for her roles as Rosa in the film Ginger & Rosa, and as Lena Duchannes in the 2013 film Beautiful Creatures. In 2013, she starred in the low-budget horror film In Fear, and in the supernatural romance film Beautiful Creatures, which was based upon the novel of the same name by Kami Garcia and Margaret Stohl.

You Won't Be Alone

The Power of the Dog

Top of the Lake