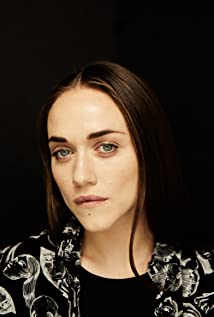 Alice Kremelberg is a New York born actress. She was born to Peter Kremelberg; a teacher and stained glass artist and Bernadette Ginley; a hearing impaired teacher and world traveler.Alice found her love for the stage early while performing "The Nutcracker" annually at The Hofstra Playhouse under Balanchine's protege, Frank Ohman. During her time playing "Clara", alongside the New York City Ballet, she tapped into a fundamental passion she had for acting. That spark propelled her to seek out New York's finest acting classes, and soon thereafter was accepted into the esteemed Professional Performing Arts School. She has studied with renowned acting teachers such as Larry Moss and Tanya Berezin. Alice further immersed herself in her work, attending Fordham University and The Atlantic Theater Acting Conservatory, founded by David Mamet and William H. Macy.In her early years, she landed a recurring role as "Young Olivia" on CBS's Guiding Light. She then played "Margaret", a member of Alec Bladwin's rambunctious family in the episode "Fighting Irish" of 30 Rock. She played "Julie" on Law and Order: SVU, "Lisa Donovan" in Fringe, "Alyson Duvitz" in Blue Bloods, "Jenny" in Nurse Jackie and "Reese" a recurring role on The Michael J. Fox Show. Alice had the great pleasure of working on 'The Taking of Pelham 123' with Denzel Washington and John Travolta. She fondly recalls the great director Tony Scott proclaiming to her to channel Marilyn in one of her more flirtatious scenes. Alice has seamlessly delved into independent film and television, widening her range and her work. She is a series regular on Sonja O'Hara's surreal drama 'Doomsday', playing Sorrel, the cult's tormented but beloved outcast. On stage, Alice originated the role of Reba in Ruby Rae Spiegel's critically acclaimed play "Dry Land" directed by Adrienne Campbell-Holt. She has graciously taken on film, television and theater with great fervor.Alice has had the honor of working with powerhouse talents: Austin Pendleton, Melissa McCarthy, Tina Fey, Amy Poehler, Alec Baldwin, Nathan Lane, Edie Falco, Laura Linney, Cynthia Nixon, Oliver Platt, Ray Liotta, Michael J. Fox, Debra Messing, Donnie Wahlberg, Joshua Jackson, John Noble, Geoffrey Arend, Vincent Karthieser, Anna Torv and Amy Carlson, among so many other incredible artists.In addition to acting, she is inspired by vast expressions of art including music, dance, globe-trotting and photography. Alice will not often pass up an opportunity to see the world. It is her constant curiosity and imagination that adds to her character and herself as an artist.

The Taking of Pelham 123