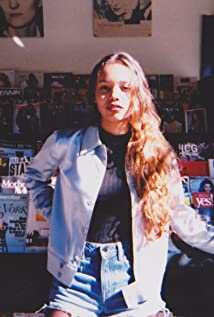 Alisha Ilhaan Bo (born March 6, 1997), known professionally as Alisha Boe, is a Norwegian and American actress. She is known for portraying Jessica Davis in the Netflix original series 13 Reasons Why.Boe was born in Oslo, Norway, to a Somali father and a Norwegian mother, from Trondheim. She and her mother moved to Los Angeles when Alisha was seven years old because her mother married an American man. Boe attended Woodlake Elementary School and two middle schools: George Ellery Hale Middle School and Ivy Academia. She ended up graduating middle school at Hale. While she was in high school she attended El Camino Real High School commonly known as "ECR" or "Elco" located in the Woodland Hills district of the San Fernando Valley region of the city of Los Angeles, California, where she attended their drama program. Her high school was also known for their alumni actors who had also been enrolled in their drama program. She attended Olin Virtual Academy for her junior and senior year of High School in order to balance her studies and work. She is the first Somali actress to hold a leading role in an American film since Iman.Boe made her acting debut in 2008 in the horror film Amusement. In 2014, she guest-starred in season 5 of Modern Family and as Brynn Hendy opposite Halle Berry in the thriller series Extant. In 2015 she recurred in the Jason Reitman directed comedy Casual on Hulu, on CSI: Cyber as Grace Clarke opposite Patricia Arquette and as Janet in the Showtime hit series Ray Donovan. In 2016 she recurred as Gwen on season 6 of Teen Wolf. In 2017 the Indie Feature 68 Kill was released to great reviews where she starred alongside Matthew Gray Gubler and AnaLynne McCord. She landed her breakthrough role as Jessica Davis in the Netflix Original series 13 Reasons Why at the age of 19.