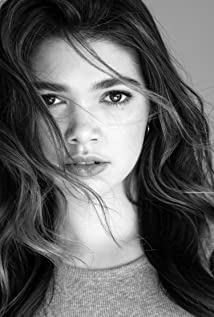 Born and raised in Vancouver Canada, Alisha Newton has been appearing in TV and film for over a decade and has been seen in well over 100 hours of prime time television. Her first big role came as a series regular for "The Wyoming Story", an Amy Sherman-Palladino pilot for CW/WarnerBros. Immediately following she made an appearance on the hit series "Supernatural". She subsequently played several leads in some challenging independent films before making her big screen debut in Twentieth Century Fox's "Percy Jackson - Sea of Monsters" starring Alexandra Daddario and Logan Lerman.Alisha is best known for her lead role as Georgie on the hit CBC television series, "Heartland", which is viewed in 119 countries worldwide. She joined the cast at the age of 10 and has grown up on screen. During the four month hiatus when "Heartland" is not filming, Alisha takes on other interesting acting projects. She can be seen in the TV movie, "The Tree That Saved Christmas", the TV series "When Calls The Heart", a lead role in a horror for SyFy called "The Hollow", and in the action/sci-fi feature, "Scorched Earth". Alisha was honored to present live on CBC at the "Canadian Country Music Awards" at only 15 years of age, making her one of the youngest presenters ever at the event.A talent described as natural, intuitive and professional, Alisha is well respected for her strong and compelling performances and displays impressive vulnerability and range. She is intrigued by flawed and damaged characters and enjoys the intense challenges that these roles present. She has starred in a variety of diverse roles and has been acknowledged and honored with several nominations and awards.Alisha continues to fuel her passion for horses in her spare time. She is an accomplished rider and is focused on jumping and training her two horses. When the filming schedule allows she competes in show jumping events in Canada and the USA.

Til Ex Do Us Part

The Tree That Saved Christmas

The Tree That Saved Christmas