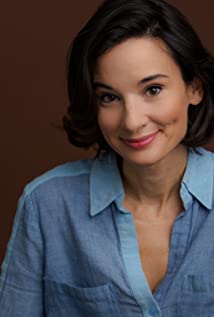 Alison Helene Becker was born in Allamuchy, New Jersey. After graduating from high school by the age of 16, she attended Georgetown University and because of her fascination with grammar and reading literature, she decided to get a degree in English and eventually graduated cum laude. She then began pursuing a career in the performing arts, mainly focusing on writing and doing sketch comedies and developing a wide array of original characters/personalities. She has gotten a variety of acting stints in venues all over New York City, where she moved after graduation. She's a regular player in the Upright Citizens Brigade, a theatre improv comedy group, and has performed on stage in Hopscoth: A New York Sex Comedy, Caroline's on Broadway, and several other comedy clubs. Alison has also made her way in the commercial world for Subway, Mastercard, and Hershey and appeared in a few independent films including the critically acclaimed "Four Dead Batteries." These past two years, the New Jersey native has continuously added credentials to her name, this time on TV, by quirkily hosting the shows "AV Squad" and "Comedy Academy" in the small, yet growing National Lampoon Network and as a cast member of MTV's hidden camera show "Boiling Points," where she uses her improv acting skills to play pranks on unsuspecting people/contestants. Aside from these projects, she has had bit parts in more TV programs as well.

You Can Do Better