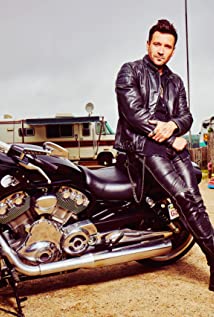 Allan Hawco (Actor, Writer, Executive Producer) is one of the country's most recognizable stars, whose wide range of talents appeal to audiences of all ages. He has the unique ability to connect to the audience as an actor and from behind the scenes, as a writer and producer. He was born on Bell Island, and raised in The Goulds in Newfoundland.Allan is well-known for his roles as co-creator, show-runner, writer, executive producer and star in the hit CBC television drama/comedy Republic of Doyle, under his own production company Take the Shot Productions. Allan played the lead, Jake Doyle, the roguish and irreverent private investigator. In addition to its six season run on CBC, Republic of Doyle was sold to markets around the world, including syndication across the US.In addition to Republic of Doyle (2010-2014), Allan starred in some of the most acclaimed television productions in Canada including Murdoch Mysteries (2013), ZOS: Zone of Separation (The Movie Network, 2008), political thrillers H20 (CBC, 2004) and Trojan Horse (CBC, 2007), as well as World War II drama Above & Beyond (CBC, 2006). Allan also starred opposite Cuba Gooding Jr. in the CBC miniseries, The Book of Negroes (2015).Allan's feature film credits include major roles in Director Bruce McDonald's Award Winning film Weirdos; and Director/Actor Paul Gross' Hyena Road. Prior credits include a starring role in Love & Savagery (2009), directed by John Smith, and in Sir Richard Attenborough's Closing the Ring (2007) with Christopher Plummer and Shirley MacLaine. Recently Allan starred as Liam in Michael Melski's,The Child Remains (2017).Allan's major accolades include such awards as the Gascon Thomas Award from the National Theatre School, an Outstanding Achievement Award from the Canadian Television Hall of Fame, a Gemini nomination for Best Actor in a Dramatic Series (Republic of Doyle) and an ACTRA nomination for Best Male Actor (Love & Savagery).Beyond television and film, Allan has maintained his roots in theatre as the co-founder of the Toronto-based 'Company Theatre'. There, he garnered rave reviews as the star in its inaugural production of Tom Murphy's Whistle in the Dark, as well as critical acclaim for both his roles in Festen and Belleville. The Company Theatre has gone on to stage numerous productions, such as John, Domesticated, The Seagull, Speaking in Tongues, The Test, Marion Bridge, and the Dora Award winning Through the Leaves. Allan is a graduate of the National Theatre School of Canada.Take The Shot Productions, is in production for season 3 of the award winning Television show Frontier, starring Jason Momoa, a Netflix Worldwide and Discovery Channel Canada series filmed on location in St. John's, N.L., Northern England, Scotland, and Cornwall, U.K. Frontier was created and written by Rob and Peter Blackie. Acclaimed directors on the series include Brad Peyton and John Vatcher. In addition to producing the series, Allan also plays the leading character Douglas Brown in Season 1, 2, and 3 serves as Executive Producer to the show.Allan's upcoming project Caught is another highly anticipated show by his production company. Allan's new series Caught, in which he stars alongside Paul Gross, Eric Johnson, Tori Anderson and Enuka Okuma will air on CBC Monday February 26th, 2018. Allan plays the lead David Slaney, as well as serving as the Showrunner and Executive Producer. Caught is adapted from Lisa Moore's acclaimed novel of the same name.