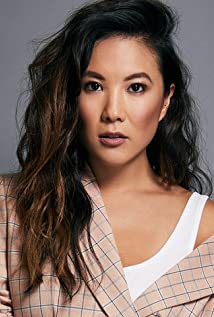 Born in Seattle, Washington, Ally Maki moved to Los Angeles when she was 14 after being scouted by a talent agent. Upon her arrival in L.A., she was signed to Columbia Records in the all-girl band "The Valli Girls". In 2009, Maki was cast as "Dawn" on the ABC Family series "10 Things I Hate About You", and later followed with the film "Geography Club", playing Min, in 2013.Now, she's showcasing her comedic acting chops in the TBS comedy series "Wrecked" as "Jess," the fun, feisty, and hopeless romantic of the ensemble cast. The show centers around a group of plane crash survivors adapting to life on a remote island, and adjusting to a new world. "Wrecked," premiered as the Number One Cable Comedy of 2016 and is airing its second season to growing ratings.Other television credits include recurring roles on The CW series "Privileged", TNT's "Franklin and Bash", and guest starring roles on the series "New Girl", "2 Broke Girls", "NCIS", and "The Big Bang Theory".