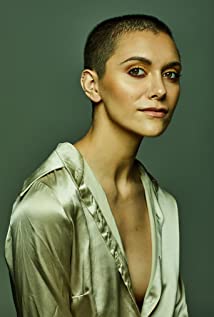 Alyson Stoner got her start as a triple threat on the Disney Channel, co-hosting "Mike's Super Short Show". By age seven, she won the hearts of an older generation as the "Little Pigtailed Dancer" in Missy Elliott's music video, Missy Elliott: Work It (2002). Since her early reign, Alyson has become a powerhouse heavy-weight with blockbuster movies like Cheaper by the Dozen (2003) and the "Step Up" franchise, hit TV shows across networks and cable, and record-setting viral videos. She just completed a 24-city national tour with her original music, leading up to the release of her EP, "While You Were Sleeping", and is Head of Music for the award-winning QWunder app, educating children in emotional and social intelligence.Alyson is the 6th Most Searched Actress on Google, 16th Most Searched Actress on IMDB, and has over 40 film credits including three in production for 2017. Her social reach is over one Million and she has over 110 Million Views as a fully independent artist on YouTube. Alyson is a true multi-hyphenate, the empowered female voice of a generation, redefining what it means to be a millennial woman.