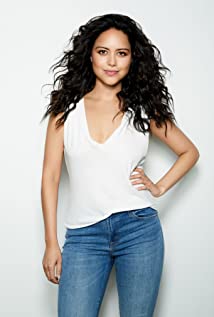 Alyssa Elaine Diaz (born September 7, 1985) is an American actress. Diaz is known for her roles on television, such as Celia Ortega on the CBS daytime soap opera As the World Turns, Jasmine on the ABC Family series The Nine Lives of Chloe King, Gloria Cruz on Lifetime's Army Wives, Teresa on Showtime's Ray Donovan, and Dariela Marzan on the CBS series Zoo.Diaz was born in Northridge neighborhood of Los Angeles, California on September 7, 1985. She is of Colombian and Mexican ancestry, and has one brother named Michael. Diaz is a graduate of Bishop Alemany High School.Diaz played the role of Celia Ortega on the daytime soap opera As the World Turns from February 9, 2005 until August 10, 2005, when her character left town for Montega to be with her relatives. She has made other television appearances, guest-starring in television shows including Southland, CSI: NY and Lie to Me. Diaz has also starred in the film How the Garcia Girls Spent Their Summer, and in the television films Ben 10: Alien Swarm and The Jensen Project.In 2011 Diaz was cast in the starring role of Jasmine on the ABC Family series The Nine Lives of Chloe King. In 2012, she landed the recurring role of Gloria Cruz on Army Wives. She was upgraded to series regular for the seventh season, which started in March 2013. She has also appeared in The Vampire Diaries.In March 2016, Diaz landed the role as Dariela, a series regular, on the CBS drama Zoo for its second season.

The Way We Weren't