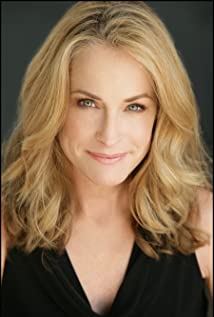 Born and raised in Manhattan Beach, California Amanda was discovered in a production of "The Bad Seed" at an LA theater. She quickly found work in commercials before landing a guest starring role in television's science fiction hit Buck Rogers in the 25th Century (1979), followed by a recurring role on When the Whistle Blows (1980). She won a Best Young Artist award for her work in the ABC After School Special ABC Afterschool Specials: She Drinks a Little (1981), before sharing the stage with Eva Marie Saint in the stage production of "The Country Girl." Major motion pictures came next, including hits such as Fast Times at Ridgemont High (1982), A Nightmare on Elm Street (1984), Better Off Dead... (1985), Silverado (1985) and the award-winning indie Powwow Highway (1989). She has worked extensively in television, with recurring roles on Cheers (1982), St. Elsewhere (1982), Cagney & Lacey (1981), Highlander (1992) and more recently, CSI: Crime Scene Investigation (2000), Dexter (2006), Murder in the First (2014) and All Rise (2019), among many other guest starring roles. She was awarded Best Actress honors at the Santa Monica International Film Festival for the horror film Oct 23rd (2016), she starred alongside genre favorites in the Syfy Channel original movie, The Sandman (2017) produced by the legendary Stan Lee, and broke hearts in her critically acclaimed performance in the award winning drama,The Id (2015). Next, she made a return to westerns with her award winning turn in, Badland (2019). Amanda continues to impress with her portrayals of complex characters and moving performances across all genres, in television and film.

Going to Pieces: The Rise and Fall of the Slasher Film