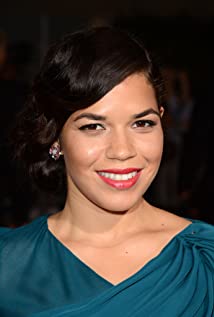 America Georgine Ferrera (born April 18, 1984) is an American actress. She is known for her leading role as Betty Suarez on the American Broadcasting Company's comedy-drama television series Ugly Betty (2006) . Her acting garnered critical acclaim, and she won the Golden Globe Award for Best Actress - Television Series Musical or Comedy, the Screen Actors Guild Award for Outstanding Performance by a Female Actor in a Comedy Series, and the Primetime Emmy Award for Outstanding Lead Actress in a Comedy Series.

How to Train Your Dragon: Homecoming

Shine On with Reese

Dragons: Dawn of the Dragon Racers