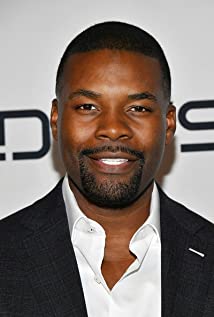 Amin Joseph's star is on the rise and he is continuing to make his mark in Hollywood. He will be seen on the big screen in Paramount's highly anticipated blockbuster film reboot of Baywatch with Dwayne Johnson, Zac Efron and Priyanka Chopra this spring. He will immediately follow this with a major role in FX's upcoming television series Snowfall (2017). The hour-long drama, executive produced by John Singleton, is set in Los Angeles in the 1980s and covers the early days of the crack cocaine epidemic. The show is slated for a summer 2017 premiere.Joseph has been featured in many major films including The Expendables (2010) and Homefront (2013), both Lionsgate action hits written by Sylvester Stallone; G.I. Joe: Retaliation (2013) with Bruce Willis and 'Dwayne Johnson' (I); the film festival darling DOPE, which premiered at the Sundance Film Festival in competition and went on to screen at the Cannes Film Festival and Deauville American Film Festival in 2015; The Gambler (2014) with Mark Wahlberg; and Frank Darabont's 2007 horror film, The Mist (2007), based on the story by Stephen King, among many others.In 2004, he made his small screen debut in the action drama Rage and Discipline (2004) and his career took off from there, with over five dozen film and television credits in just twelve years. He reunited with Darabont for both FX's hit series The Shield (2002) as well as a recurring role on TNT's L.A Noir. He also starred in two Cinemax series, Zane's Zane's Sex Chronicles (2008) and Zane's the Jump Off (2013), both written by New York Times bestselling author Zane. His additional TV credits include appearances on major shows such as Sons of Anarchy (2008), Southland (2009), NCIS (2003) and CSI: Miami (2002), among others.His production company, Dark Energy Pictures, specializes in action, horror, and Sci-fi content spanning digital, television, and feature films. The company's recent film Call Me King, an international action thriller, embodies their focus on multicultural, lingual, and ethnic content.His charitable work includes time with the grassroots organization The Awareness Movement in Los Angeles. The organization focuses on creating content in order to facilitate a positive dialogue between local communities and law enforcement as well as giving a voice to disenfranchised voters in urban communities. He also volunteers with several schools throughout Los Angeles, providing scene study classes with a focus on African American classic playwrights.Joseph is a graduate of Howard University and a protege of the World Famous Apollo Theater in his hometown Harlem, NYC, where he interned during his youth. He resides in Los Angeles.

Message from a Mistress