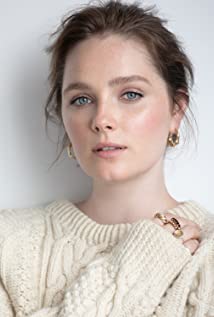 An Ontario native, Actress Amy Forsyth's love for performing arts began with ballet at her local dance studio in Stouffville, a small town Northeast of Toronto. She later transitioned to musical theatre and following ten years of performing, signed with an agent to explore film and television.In 2018, Amy starred in CBS Studios' horror film Hell Fest (2018), directed by Paranormal Activity's Gregory Plotkin. It's a film about a masked serial killer who turns a horror-themed amusement park into his own personal Halloween slaughterhouse. Amy will also be seen in a supporting role alongside Steve Carrell and Timothée Chalamet in the Plan B film Beautiful Boy (2018), in which Amy plays a teenage drug addict who Carrell enlists to help him find his missing son. It is set to premiere October 12th.Amy's passions for musical theater and television recently merged in the form of a series regular role in NBC's critically-acclaimed series "RISE", playing Gwen Strickland, the queen bee of Stanton High School's theatre department. Amy also starred in the second season of Syfy's "Channel Zero", based on popular creepypastas with self-contained seasons similar to American Horror Story. Until recently she was best known for her role alongside Aaron Paul and Hugh Dancy in Hulu's "The Path" playing Ashley Fields.

We Summon the Darkness

The Music in Me

Lead with Your Heart