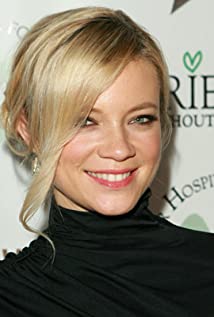 Amy Smart was born in Topanga Canyon, California, to Judy, who worked at a museum, and John Boden Smart, a salesman. She has German, English, and Irish ancestry.Smart was a relatively new arrival when she first gained notice for her supporting roles in the 1999 hit teen films Varsity Blues (1999) and Outside Providence (1999). The Los Angeles native got her start in TV-movies and made her feature debut in Stephen Kay's The Last Time I Committed Suicide (1997) screened at 1997's Sundance Film Festival alongside Keanu Reeves. She was briefly seen in Paul Verhoeven's big-budget sci-fi actioner Starship Troopers (1997) with actor Casper Van Dien and had an impressive turn in the vastly different, quirkily independent How to Make the Cruelest Month (1998). In the latter, she played Dot, the graceful golden girl who seduces the one-time boyfriend of her sister, the troubled protagonist Bell (Clea DuVall). The by-the-numbers horror film Campfire Tales (1997) followed in 1997, along with the topically chilling but clumsily executed internet stalker thriller, Dee Snider's Strangeland (1998), written, produced and starring the titular Twisted Sister frontman as a deranged torturer who meets his victims in web chat rooms. Amy reached her widest audience with a co-starring role opposite James Van Der Beek in Brian Robbins' surprise box office hit "Varsity Blues (1999)". The actress played Jules Harbor, a girl who longs for life beyond her small town's high school football-obsessed culture but who, as sister of the injured star quarterback (Paul Walker) and girlfriend of his idealistic replacement (Van Der Beek), is tied to it. Her next role was that of Shawn Hatosy's upper-class love interest in Michael Corrente's poignant 1970s era comedy "Outside Providence (1999)". Based on Peter Farrelly's novel, the film followed a working-class teen aged boy (Hatosy) sent by his abrasive but loving father (Alec Baldwin) to a tony prep school after running into trouble at home.

Zoey to the Max