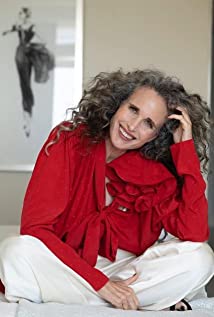 Andie MacDowell was born Rosalie Anderson MacDowell on April 21, 1958 in Gaffney, South Carolina, to Pauline Johnston (Oswald), a music teacher, and Marion St. Pierre MacDowell, a lumber executive. She was enrolled at Winthrop College located in Rock Hill, South Carolina. Initially discovered by a rep from Wilhelmina Models while on a trip to Los Angeles. Later signed on with Elite Model Management in New York City in 1978. Made debut film appearance in Greystoke: The Legend of Tarzan, Lord of the Apes (1984). Went on to study method acting at the Actors Studio. Had commercial success with performances in Harold Ramis's Groundhog Day (1993) and Mike Newell's Four Weddings and a Funeral (1994).

Kevyn Aucoin: Beauty & the Beast in Me