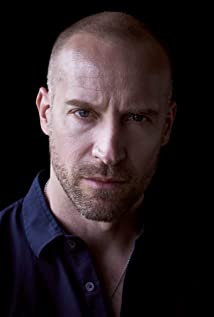 Andreas Fronk is a German actor living and working in Seoul, South Korea. In 2018 he completed the stunt and action training program at Seoul Action School (SAS), the oldest and biggest stunt team in Korea. On his path of becoming Korea's first foreign action movie star he has been training and working with SAS ever since. He is a cast member of Bong Joon-ho's highly appraised movie Parasite.Born in Germany and grown up in the city of Ulm, birthplace to Albert Einstein. Studied economics and sport science in Heidelberg and graduated in 2003 with a master degree in both majors. Moved to Hong Kong in 2007 and to Seoul in 2008 and has been living there ever since as a permanent resident and entrepreneur. Started modeling in 2015 and became an actor in 2017. Profound education in Martial Arts especially in Taekwondo and Muay Thai.Aside from film, Andreas has acted in commercials for Korean companies like Samsung, KIA, LG, KT, SK and fashion brand Beanpole as well as for international brands like German cosmetic brand Eucerin and Italian shoemaker a.testoni.Featured roles for movies like the Netflix blockbuster 'Okja' and 'V.I.P' with Korean star Lee Jong Suk have put him on the radar of the directors in the Korean film industry. In 2018 Andreas appeared as supporting cast for Korran action flick 'Take Point'.

The Man Standing Next