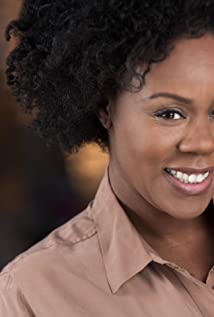 Andrene Ward-Hammond is a native of Brooklyn, New York. Growing up in a Jamaican household, she was exposed to a diverse element of culture and art. Her love for entertaining grew from observing the figures in her family and neighborhood, as well as, the films she digested growing up. She furthered her studies at Georgia State University in Atlanta, GA majoring in Communications with a concentration in PR and minoring in Psychology.Andrene broke onto the acting scene as a character actress, making memorable appearances in television shows like, NCIS: New Orleans, Complications, and Being Mary Jane. With roles in FX's Atlanta and as caretaker Laura in period racial awards season romance, Loving, Ward-Hammond can be found on FOX's newest musical drama by Lee Daniels, Star and indie drama, Strange Weather with Holly Hunter and Carrie Coon.