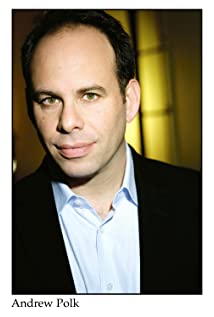 Television appearances include Fred in "The Marvelous Mrs. Maisel" (winner - SAG Award - Outstanding Ensemble), Freddie Eisen in "Billions" or as Doug The Medical Examiner in "Instinct". He is a recurring character on "The Marvelous Mrs. Maisel" (Amazon), "Billions"(Showtime), "City On A Hill" (Showtime), "The Plot Against America" (HBO) and "Bull" (CBS). He is also known for playing Harry Marshall in season 4 and 5 of "House of Cards" (Netflix). Other TV credits include "New Amsterdam", "The Punisher", "The Good Wife", "Madame Secretary", "Hell On Wheels", "Blue Bloods", "Persons of Interest", "30 Rock", "The Blacklist", "The Closer", all the "Law & Order" shows, among many others. In film, he was seen with Adam Sandler and Chris Rock in "The Week Of" on Netfix, "Three Generations" (w/Susan Sarandon, Naomi Watts)," Norman" (w/ Richard Gere), "Rebel in the Rye" (w/Kevin Spacey), "Love Is Strange" (w/Marisa Tomei), "The Humbling" (with Al Pacino), "Exposed" (w/Keanu Reeves), "Shelter" (w/ Jennifer Connelly) among others.Recent theater credits include: "The Band's Visit" on Broadway (winner 10 Tony Awards - Andrew received an Emmy) . Some of his many theater credits include "The Band's Visit" (Atlantic Theater) "Burning", "Mouth To Mouth" and "The Accomplices" (Drama Desk Nomination, The New Group), "Walmartopia" (Minetta Lane), "The Green Zone" (Lincoln Center), Walmartopia (Minetta Lane), "Flight" (Lortel Theater), "Vick's Boy" (Rattlestick Theater), among others. Regional: "The Homecoming", "Speed-The-Plow" (American Conservatory Theater), "At Home At The Zoo" (Philadelphia Theatre Co.), "Dinner with Friends" (Alley Theatre), "Angels in America" (Alliance Theater) among many others.Andrew was a co-founder of The Cape Cod Theatre Project where he was the Artistic Director for 17 years. While there, he developed 60 plays, of which over half were later produced on Broadway, Off-Broadway, regionally and around the world.Andrew recently wrote a new television series that is currently in development with Beech Hill Films. He lives in Brooklyn with his beautiful family.