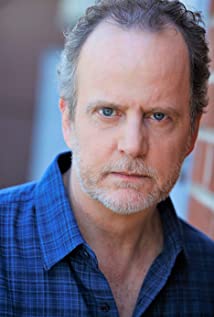 Andrew Sensenig was born in Lancaster, Pennsylvania, and spent most of his youth in Central Illinois. Thanks to several inspirational teachers and mentors in public schools, Andy was introduced to acting and music at a young age, leading to a multitude of award-winning theatrical and musical achievements. His passion for acting led him to study at Circle in The Square Theatre on Broadway, followed by North Carolina School of the Arts. The "real world" had its calling and Andrew earned his degree in Business and Computers from Millikin University in Decatur, Illinois, which led him into the realm of computer consulting, investment banking, philanthropic endeavors, and his favorite role: family man.Reuniting with NCSA alumni led to working as a composer and co-writer for "The Water Coolers," which ran Off-Broadway in 2002, and continues to tour the world with theatrical and corporate performances.Upon returning to his life-long dream as a full-time actor in 2006, and after numerous film and TV appearances, the role of The Sampler in Upstream Color (2013) proved to be a game-changer, catching the attention of industry leaders worldwide. Other recent fan favorites include, the iconic superhero Triphammer in Sony PlayStation Network's first original series "Powers" (2015), We Are Still Here (2015), Don't Look In The Basement 2 (2015), and "Anomaly" (2014).

Kill or Be Killed

Don't Look in the Basement 2