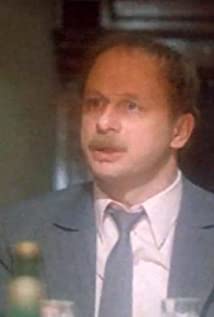 Andrei Tolubeyev was a popular Russian actor of the Bolshoi Drama Theatre (BDT) in St. Petersburg, Russia.He was born Andrei Yurevich Tolubeev, on March 30, 1945, in St. Petersburg (then Leningrad), Russia. His father, Yuriy Tolubeev, was a famous Russian actor; his mother, Tamara Alyoshina, was a renown actress. Young Tolubeev grew up in a highly intellectual environment of his family and friends. From 1963-1969 he studied at the Medical Military Academy, graduating as a Medical Doctor specializing in aviation and space medicine. From 1969-1973 he worked as a Medical Doctor in the Red Army Airforce. From 1973-1975 he studied acting under Igor Gorbachyov. In 1975 he graduated from Institute of Theatre, Music and Cinematography as an actor.From 1975 to 2008 Tolubeev was a permanent member of the Bolshoi Drama Theatre in St. Peterburg (Leningrad). He worked under the leadership of director Georgi Tovstonogov for 14 years. After the death of Tovstonogov, Tolubeev continued his work with an outstanding ensemble of actors at BDT. His stage partners were such stars as Kirill Lavrov, Oleg Borisov, Oleg Basilashvili, Tatyana Doronina, Alisa Freyndlikh, Lyudmila Makarova, Svetlana Kryuchkova, Zinaida Sharko, Valentina Kovel, Natalya Danilova, Tatyana Bedova, Sergey Yurskiy, Vladislav Strzhelchik, Yefim Kopelyan, Evgeniy Lebedev, Vsevolod Kuznetsov, Georgiy Shtil, Nikolay Trofimov, Yuriy Demich and Gennadiy Bogachyov among other notable actors. Among Tolubeev's most memorable stage performances were in "Vishnevi Sad" (The Cherry Orchard) by Anton Chekhov (1978), in "Maskarad" (Masquerade) by Mikhail Lermontov, and "Les" (The Forest) by Aleksandr Ostrovskiy.Andrei Tolubeev enjoyed a busy acting career on stage and in film. His filmography includes over 50 leading and supporting roles, he also played over 50 roles on stage. One of his latest film works was in 'Master and Margarita', a TV series based on the eponymous book by Mikhail A. Bulgakov. Andrei Tolubeev was designated People's Artist of Russia. In 2006 he was awarded for his performance as Talbot in stage production of "Maria Stuart." From 1996 to 2007 Andrei Tolubeev was Chairman of the St. Petersburg Actors' Union. He died on April 7, 2008, and was laid to rest next to his father, in the "Literatorskie mostki" Necropolis of The Masters of Art at Volkovskoe Cemetery in St. Petersburg, Russia.