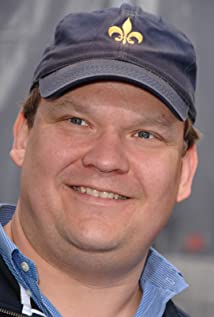 Andy Richter was born in Grand Rapids, Michigan, the second of four children of Glenda (Palmer), a kitchen cabinet designer, and Laurence R. Richter, who taught Russian at Indiana University. He was raised in Yorkville, Illinois. His parents divorced when he was four. Richter attended the University of Illinois Urbana/Champaign and then moved to Chicago's Columbia College to study film. Richter played in several Chicago improvisation groups before catching his role with Conan O'Brien.