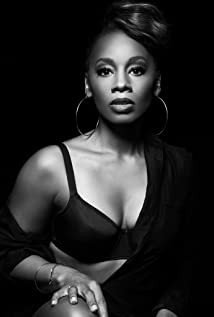 Tony Award winner Anika Noni Rose recently finished filming the lead role of the pilot episode Beast Mode (TBS / Macro), which is based on life of legendary boxing trainer Ann Wolfe. Anika is also serving as Co-Executive Producer.In 2018, Anika starred in the title role of 'Carmen Jones' in John Doyle's production at the Classic Stage Company in NYC. She was also seen in the film Assassination Nation (dir. Sam Levinson) alongside Bill Skarsgard, Bella Thorne, Suki Waterhouse, Maud Apatow and Joel McHale, and the film Everything, Everything, based on the popular young adult novel by Nicola Yoon, opposite Amandla Stenberg.Anika starred as the lead of the television series The Quad, which ran for two seasons on BET (2017-2018). Anika also starred in The History Channel's adaption of Roots as Kizzy (NAACP Image Award nom for Outstanding Actress).Other television credits include the Starz series Power, CBS's The Good Wife, ABC's Private Practice, CBS's Elementary and FOX's The Simpsons; the A&E mini-series Stephen King's Bag of Bones opposite Pierce Brosnan; and starring in The No.1 Ladies Detective Agency for HBO opposite Jill Scott and directed by Anthony Minghella.Anika's many film credits include: Dreamgirls, The Princess and The Frog (voice of Princess Tiana), A Day Late and a Dollar Short, Half of a Yellow Sun, Imperial Dreams, and For Colored Girls.Anika has won the Tony Award for Best Featured Actress in a Musical for her role in Caroline, or Change and has also starred in Broadway productions such as A Raisin in the Sun (Tony Award nomination and Outer Critics Circle nomination), and Cat On A Hot Tin Roof.Additionally, Anika has received The Theater World Award, The Clarence Derwent Award, a Drama Desk nomination, the Los Angeles Critics' Circle Award, an Ovation Award, an Obie Award and four NAACP Image nominations, including the NAACP Lifetime Achievement Award for Theater.Anika was the youngest performer to be honored as a Disney Legend when she received the honor in 2011.March, 2019