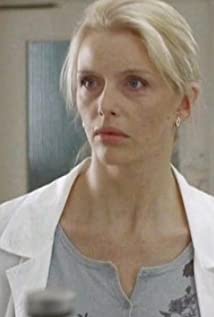 Anna Valerevna Churina was born on the 23rd of July, 1978, in Lesnoy, a small city east of Ekaterinburg in the Sverdlovskaya oblast, USSR (now Russia). After graduating from the Nizhegorodsky Institute of Foreign Languages (NIFL) in the city of Nizhny Novgorod, Russia, she began to work as a professional model for leading modeling agencies in Russia and Europe. Anna made her cinematic debut in 2000 in Claudio Fragasso's film The Squad (2000). Since then, acting has been her main profession. In 2000 Anna finished acting courses at Jack Waltzer's Workshop in Paris. In 2006 she graduated with honors from the Vserossiyskiy gosudarstvennyy institut kinematografii (VGIK) (All-Russian State Institute of Cinematography) in Moscow, where she took workshops run by such famous Russian directors and screenwriters as Vladimir Mirzoev, Sergey Solovyov, and Valeri Rubinchik. Anna speaks several languages fluently: Russian, English, French, and Italian. She can drive cars, motorcycles, and jet skis. In addition, Anna is a master of fencing. Her hobbies include equestrian sport, snowboarding, swimming, and singing.