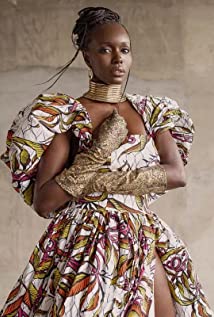 Anna Diop is a Senegalese-American actress.Diop was born in Senegal, but moved to United States when she was six. In 2006, she made her television debut, appearing on Everybody Hates Chris. In the following years, she guest starred on Lincoln Heights, Whitney, and Touch. In film, Diop had a role opposite Jennifer Jason Leigh in The Moment (2013). In 2015, Diop starred as Rose Arvale in the short-lived The CW supernatural drama series, The Messengers. Later that year, she appeared in the ABC thriller series Quantico and was cast in a recurring role on the Oprah Winfrey Network drama series, Greenleaf. In 2016, Diop was cast as a series regular in the Fox series 24: Legacy opposite Corey Hawkins and Miranda Otto. In 2017, Diop was cast as the alien super-heroine Kory Anders / Starfire in the DC Universe superhero series Titans, which premiered in October 2018.