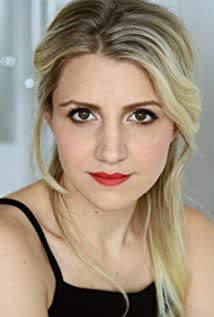 Annaleigh Ashford won the Tony Award, Drama Desk Award, and Outer Critics Circle Award for her portrayal of Essie in You Can't Take It With You on Broadway. She starred opposite Jake Gyllenhaal as Dot in Stephen Sondheim's Sunday in the Park With George, and played Betty on Showtime's critically acclaimed Masters of Sex. Other Broadway credits include Sylvia in Sylvia, the original Lauren in Kinky Boots (Clarence Derwent Award, Tony, Drama Desk, Outer Critics Circle nominations), Glinda in Wicked, Jeannie in Hair, and the original Margot in Legally Blonde the Musical. Off Broadway credits include Dot in Sunday in the Park with George at Encores!, Helena in Midsummer Night's Dream at the Delecorte Theatre for the Public Theatre's Shakespeare in the Park, Maureen in Rent, and Marcie in Dogfight. Other television and film credits include American Crime Story: Versace, Columbia in The Rocky Horror Picture Show on Fox, Nurse Jackie, The Big C, Law&Order SVU, Smash, Unicorn Store, Sex and the City, Better Off Single, Top Five, Rachel Getting Married, Frozen. Her critically acclaimed solo show, Annaleigh Ashford: Lost in the Stars Live at 54 Below was released by Broadway Records in 2016.