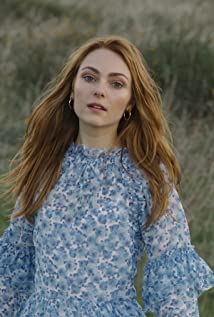 Actress AnnaSophia Robb most recently starred in two of Hulu's most critically acclaimed limited series. In 2019, she co-starred opposite Patricia Arquette in THE ACT. This spring, she portrayed the flashback version of Reese Witherspoon's "Elena Richardson" character in LITTLE FIRES EVERYWHERE, based on Celeste Ng's bestselling book. Robb is soon to be seen alongside Charlie Plummer and Taylor Russell in the film WORDS ON BATHROOM WALLS, based on Julia Walton's debut novel. She will also star in THE EXPECTING, a new scripted horror series for Quibi. The series will follow the dark journey of a young woman (Robb) down on her luck and pregnant mysterious circumstances. Additionally, Robb will star in the upcoming Peacock limited-series DR. DEATH, alongside Chris Sullivan, Jamie Dornan, Alec Baldwin and Christian Slater.On the silver screen, Robb recently starred opposite Uma Thurman in Lionsgate's suspenseful thriller DOWN A DARK HALL, directed by Rodrigo Cortes. She played 'Kit Gordon,' a troubled but gifted teenager sent away to a private boarding school to develop her talents, but then uncovers a dark secret about the school's true intensions. She was also seen in the feature FREAKSHOW, produced by Drew Barrymore's Flower Films and directed by Trudie Styler. Robb co-starred opposite Toni Collette and Steve Carell in the critically acclaimed Fox Searchlight film, THE WAY, WAY BACK directed by Nat Faxon and Jim Rash. She received amazing reviews for her performance in SOUL SURFER, the story of Bethany Hamilton, a competitive surfer who survived a horrific shark attack. Her additional film credits include CHARLIE AND THE CHOCOLATE FACTORY, SLEEPWALKING, THE SPACE BETWEEN, RACE TO WITCH MOUNTAIN, JUMPER, BECAUSE OF WINN DIXIE, SPY SCHOOL and BRIDGE TO TERABITHIA.Robb has portrayed a diverse array of characters on television. She starred in the second season of the PBS Civil War mini-series MERCY STREET, produced by Ridley Scott. Robb also starred in the CW's THE CARRIE DIARIES, playing the character Carrie Bradshaw in the prequel to the HBO highly successful series SEX & THE CITY. Additional television credits include A CONSPIRACY ON JEKYLL ISLAND opposite Dianna Agron, Minnie Driver and Frank Grillo, as well as the highly-rated TV movie SAMANTHA: AN AMERICAN GIRL HOLIDAY.