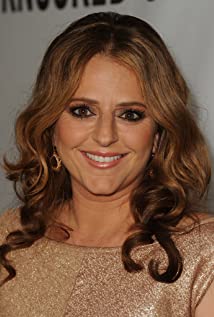 Annie Mumolo is the Academy Award-nominated screenwriter of the blockbuster feature Bridesmaids. Annie wrote Megan Leavey for LD Entertainment and Bleecker Street Media, which starred Kate Mara, Edie Falco and Common with Gabriela Cowperthwaite directing. Prior to that, her screenplay for Fox 2000, based on the life of Joy Mangano, starred Jennifer Lawrence and Bradley Cooper with David O. Russell directing.On the acting front, Annie was a series regular on the critically-acclaimed NBC comedy About A Boy, and she had memorable roles in Amazon's Transparent and Netflix's Lady Dynamite. Annie was featured in the Melissa McCarthy-starrer, The Boss, and starred in the STX blockbuster Bad Moms opposite Mila Kunis, Christina Applegate, Kristen Bell and Jada Pinkett Smith. Annie also starred in Judd Apatow's This is 40 alongside Paul Rudd, Leslie Mann and Jason Segel.Most recently, Annie reunited with her Bridesmaids co-writer, Kristen Wiig, for Barb and Star Go to Vista Del Mar, and will star alongside Kristen in the feature which is scheduled for a Summer 2020 release.